Have you ever been asked if you would like to have an ‘___X___’ in your neighborhood?

(Fill in the blank, could be a pump station, wind turbine, electrical transfer station, waste treatment facility, tank farm, refinery, you name it!) Were you opposed? Why, or why not?

When a developer proposes to build something, no matter the what or the where, at play are the rights of communities to control what happens in their locality, the rights of developers to pursue development, and the right of the larger body politic to balance these potentially conflicting interests.

Yet as we have observed in working with communities and companies around the world, ‘Not in my back yard’ (NIMBY) sentiment does not necessarily arise out of well-defined disapproval. If you and your project team are contemplating a new build, and worry that you may face NIMBY opposition, it would be worthwhile to ask, and get to the bottom of, some fundamental questions:

1. Is this ‘likely NIMBY’ tied to fear of the thing, the build?

2. Does it stem from apprehension regarding a well-defined, informed set of impacts that the person or community would like to avoid?

Community opposition may be the result of an aversion to the unknown and associated hostility to undefined dynamics of change, in which control, influence and ‘sway’ feel absent. This motivation is very different than standing against something because of a well-analyzed and known set of details.

Acorn International recently had the opportunity to help a client understand the likely level of local support for a renewable energy project it was contemplating building in the U.S. Our research identified two nearby projects of comparable size, footprint, and context. In one case the community was overall supportive, and permitting for the build went forward without significant constraint. In the other, community opposition arose and gathered strength, despite attempts by the developer to counter the challenge.

What did our research show, regarding the different paths they appeared to be on vis a vis community support? In this case, not that ‘the earlier the engagement the better’, though that often is the case; but rather that for the more successful project, pursuing engagement was less about telling, and more about the exchange, and listening.

So to the question of NIMBY, and what do one can do about it: we suggest PEMBE (proactive, early, meaningful and broad engagement). Strategic engagement includes making sure that the first questions we (as a project team) ask community members are about ‘how?’ How can we share info with you about this potential project? What are your preferences, regarding meetings, social media, etc.? Do you want us to wait until we have concrete plans, or come to you earlier, before our engineers have provisional drawings to review with you?

NIMBY can be driven by imagination and preferences. About that ‘major backyard solar facility’ mentioned above, did you picture thousands of panels? Is there a fence? Are there power lines? Is there vegetation, screening? Do you have a clear view of what such a build would look like? Not everyone has the background to summon such a mental picture. And our visual musings may be incomplete, or inaccurate. No doubt we want our host communities, our potential NIMBY opponents, to be well informed. We do not want to deceive anyone, and we believe in the value of our project, and that in total, it is a good project, a net-positive. What to do? PEMBE!

In the absence of meaningful exchange (of data, opinions, plans, emotions, impacts and mitigations) a narrative will emerge. But it is far less likely to be built on common ground. A few years ago, Acorn International was hired to help an existing facility consider how to best work with the local community as it contemplated a major expansion. This was an oil and gas facility, in a part of the U.S. with decades of history hosting this and many other industrial installations. Yet when we engaged people to ask about their view of the expansion, the results were startling. Despite years of economic benefit, jobs, and no occurrence of environmental or safety catastrophe, our survey revealed a complex, and uneasy picture.

For the more successful project, pursuing engagement was less about telling, and more about exchange, and listening. 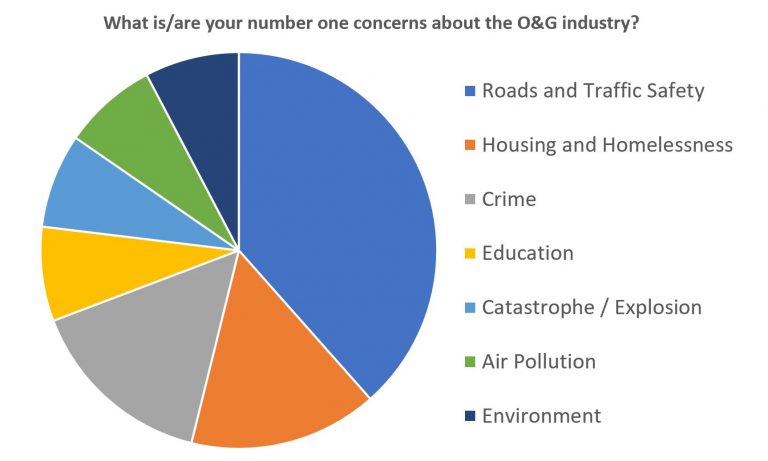 Survey respondents indicated that they were worried about their own safety, with 8% claiming that having the facility in the neighborhood was a trade-off, because they ‘feel like we’ve been living on a bomb, this is the price we have had to pay.’

At Acorn International, we help good companies as they strive to be good neighbors. One important approach to make this happen? PEMBE! We look forward to working with you.

We use cookies and other trackers to provide, analyze and improve your user experience, personalize the display and advertising displayed on this website as well as on our partner websites, and to allow you to share our content. You can modify your cookie settings at any time by clicking on the "cookie settings" button. By clicking on the "I accept" button, you accept all the cookies to be deposited.
Cookie SettingsAccept All
Manage consent

This website uses cookies to improve your experience while you navigate through the website. Out of these, the cookies that are categorized as necessary are stored on your browser as they are essential for the working of basic functionalities of the website. We also use third-party cookies that help us analyze and understand how you use this website. These cookies will be stored in your browser only with your consent. You also have the option to opt-out of these cookies. But opting out of some of these cookies may affect your browsing experience.
Necessary Always Enabled
Necessary cookies are absolutely essential for the website to function properly. These cookies ensure basic functionalities and security features of the website, anonymously.
Functional
Functional cookies help to perform certain functionalities like sharing the content of the website on social media platforms, collect feedbacks, and other third-party features.
Performance
Performance cookies are used to understand and analyze the key performance indexes of the website which helps in delivering a better user experience for the visitors.
Analytics
Analytical cookies are used to understand how visitors interact with the website. These cookies help provide information on metrics the number of visitors, bounce rate, traffic source, etc.
Advertisement
Advertisement cookies are used to provide visitors with relevant ads and marketing campaigns. These cookies track visitors across websites and collect information to provide customized ads.
Others
Other uncategorized cookies are those that are being analyzed and have not been classified into a category as yet.
SAVE & ACCEPT
Google
Translate »